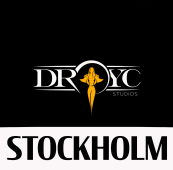 DROYC is committed to making nude photography’s work environment as safe as an office job’s environment. We lead the way in creating a safe, transparent, and fun working environment where creativity can flourish. A model’s safety is our number one priority. Everything else comes after.

1.   DROYC is a workplace free of unwanted sexual advances and harassment.

While this Code of Conduct is aimed at “on the set” behavior, it applies to all occasions when a model can be assumed to be in a dependent power position from DROYC or DROYC representatives. For example, when traveling with/for DROYC, or still be under contract in production. Off-duty, unwelcome conduct of a sexual nature can affect the production and, hence, fall under the same rule. An example is repeatedly asking a model to socialize during her off-duty hours, which might affect the dynamics on set the next day, or put tension on future collaborations.

If a model feels that she is being subjected to sexual harassment, she should immediately inform the harasser that the conduct is unwelcome and needs to stop. If, after all, the inappropriate conduct does not cease, a model should STOP working entirely until the matter is resolved in the model’s favor. A model may report the incident to her own agent or to DROYC’s representatives.

What constitutes sexual harassment on the set?

Sexual harassment might include anything from unwelcome sexual advances or requests for models to perform sexual favors.

Touching: Unprovoked touching, brushing, or kissing of a model.
Example 1A: Person X hugs or high fives a model after each “good” shot.
Example 1B: Person X is grabbing a model’s body to adjust a pose without a model’s consent.
Abuse of authority: Direct or indirect forms of threats from those in a position of power.
Example 1C: Person X uses his influence in the industry as a threat to damage a model’s career unless a model agrees to perform sexual activity.
Example 1D: Person X uses a threat to withhold payments or cancel future jobs unless a model agrees to perform sexual activity.

Social Pressure: Using a group or social pressure to make it hard for a model to say “no.”
Example 1E: Person X uses the power of social media to put peer pressure on a model to agree to perform sexual activity.

Ungrounded association with an escort: Offering financial compensation for sexual activity. No model should feel a need to justify why she is not an escort.
Example 1F: Person X offers money or makes a claim that a model is a cover-up for an escort service.

Language: Verbal abuse, sexually suggestive jokes, and comments with ill intent towards a model. Just because it is a joke doesn't mean there is no deeper agenda behind it. No model should feel the need to tolerate unwanted sexual jokes or comments on the set.
Example 1G: Person X is making sexual jokes that can be interpreted as sexual comments and sexual advances.

Disciplinary action
The discipline for very serious or repeat violations of this policy by a DROYC employee/contractor will result in termination of all future collaborations and will also be subject to a police report. In less severe cases, a mediating dialogue between the model and DROYC will be held.

2.   The pursuit of creative vision should never put a model in great physical danger (injury), health danger (getting sick and losing out on the next job), or reputation (breaking the law, unwanted publicity).

DROYC will protect the identity and personal information of models. Personal records such as real name, passport information, phone numbers, address, and personal emails are collected for travel arrangements and will only be used for such purposes.

Casting shots, and any other shots with no signed Model Release Form are subject to similar protection.
Publishing links to private social media are subject to approval by a model. DROYC will not tag or @-mention the social accounts of models that have not specifically given DROYC permission to do so.

It is in DROYC’s best interest to shoot a model when she is fresh and full of energy. Things like traveling, periods, and diet have an effect on a model’s look and energy levels. Therefore, an individual schedule for shoots, breaks, food, and free time is designed and agreed upon together with the model.

Once on the set, DROYC is obliged to follow through on the earlier agreed model’s compensation. However, in bad faith cases from the model’s side, the agreement is subject to new negotiating. In order for such a case to be valid, it needs to limit production substantially. Examples of common cases:

DROYC is obliged to follow through on the earlier agreed model’s compensation. However, in cases of big changes from DROYC’s side, the agreement is subject to new negotiating. A model has the right to ask for more pay or refuses to comply with the new demands. In order for such a case to be a valid case, it needs to deviate from the previously agreed plans substantially. Examples of the most common valid cases:

All models get paid. Whether it is a cooperation, a test shoot, a friendly shoot - models always get paid. We never do TFP or free casting. We can ask about discounts or fixed rates, but we never ask about working for free. We always pay.

We offer several payment methods according to a model’s preferences: Cash, PayPal, Payoneer, or Paysend. Some payment methods offer instant transfers, while others may have delays that are outside of DROYC’s control.

At the end of the shooting, the photographer should allow a model to see and delete any images that the model doesn’t like before signing the Model Release Form. This should be done at the end of the shooting time and in the model’s own free time. A model should not sign a Model Release Form unless she knows what type of images have been taken during that day. It is the photographer’s responsibility to act in good faith and not to deceive a model about what kind of images he has been taking of her. To do that, a photographer should periodically stop shooting and show a model of what images he has taken. This is to allow a model to see that the shooting style is going as planned. A model has the right to call it out too.

Rules and guidelines are great, but we recognize that we are all human and make mistakes. Sometimes a simple misunderstanding is the cause of lengthy and costly disputes. It could have been avoided with more transparency and open dialogue. Let’s talk before we make up our minds about something that had just happened.